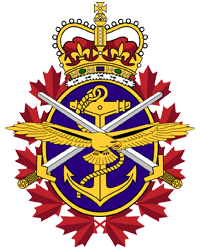 CHY “Doc” Dowling MWO, passed away peacefully Saturday, January 8, 2022 at the Edith Cavell Care Centre in Lethbridge, after a short battle with pneumonia.

Doc enlisted in the Canadian Armed Forces as a 17-year-old and served for 35 years, retiring as a Master Warrant Officer. As a member of the Fort Garry Horse and Lord Strathcona’s Horse (Royal Canadians), his armoured regiment was part of major battles in Holland, Germany, Belgium and Italy during the Second World War. He was later posted back to Germany, served with the UN on peace keeping missions and was also posted to numerous military bases across Canada.

A Celebration of Doc’s Life will be held in the spring of 2022 with cremation entrusted to Martin Brothers Funeral Chapels.

In lieu of flowers please consider a donation to the Dowling-Rossiter Fund at the Community Foundation of Lethbridge and Southwestern Alberta, 1202 – 2 Avenue South #50, Lethbridge, Alberta T1J 0E3, to help support local causes and charities.