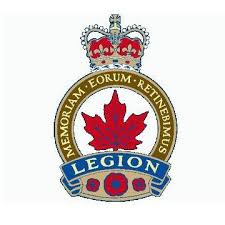 Walter Huff passed away peacefully on September 24, 2019, at the St. Michael’s Health Centre at the age of 95 years, with his family at his side.

Walter was born on December 25, 1923, in Morris, MB where parents Henry and Mary (nee Rentz) raised him, his two sisters and three brothers. During WWII, Walter served from 1942 until 1946 as an Armament Technician for 407 RCAF Coastal Command Squadron.  He was stationed in England, Ireland, Scotland and Holland. Walter was a member of the Royal Canadian Legion General Stewart Branch in Lethbridge.   After the war, Walter married the love of his life, Anne, on June 7, 1950 in Russell, MB. A transfer in Walter’s career brought them to Coaldale, AB in 1963 where Walter and Anne raised their four sons and retired after a career with Canada Post.

Walt was a loving and caring person, whose family was his life; from building their lifetime home in Coaldale, to supporting their son’s activities, such as scouts and baseball.  Anne and Walter loved to camp with family and friends.  Beaver Mines, Beauvais and Police Lakes were regular haunts for them. Christmas and other family get-togethers were important to Walter. It was thrilling for him to hold his family gatherings at the Coaldale Senior’s Centre, and whatever the event, there would always be a rousing game of crib going on.

Walter had a strong commitment to volunteering for his community. Since 1985, he was a devoted advocate for seniors, and while he disliked calling attention to his achievements, he was recognized regularly for his selfless contributions. He also made it his mission in life to bring a smile to people’s faces. He always had a new joke or witticism to make people laugh. When he became adept at computer skills, he expanded his repertoire immensely. Walter had an effect on everyone he met.

Special thanks to Dr. Steven Low and to those who provided such loving care for Walter at Sunny South Lodge in Coaldale. As well, to the amazing staff and nurses at St. Michael’s Palliative Care unit in Lethbridge, a heartfelt thanks.

A gathering will be held at a future date to celebrate Walter’s life and reminisce about our memories of this amazing man.

Flowers are gratefully declined. For those who wish, memorial donations may be made to the Canadian Cancer Society, 200, 325 Manning Rd NE, Calgary, AB T2E 2P5, or a charity of one’s choice.